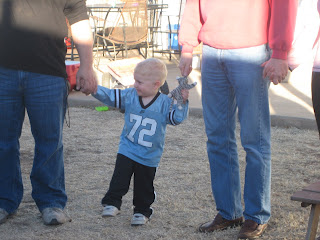 Adam cooked up some hamburgers and hot dogs for Vincent’s 3rd birthday party, which was held at the Hybner’s house (and our crash pad). Somehow we got no pictures of his actual party (I’m sure we did, but Adam hasn’t uploaded the SD card yet he supposes), so here is a picture of Vin in his birthday suit, so to speak! This was taken at the BBQ over at Adam’s folk’s house.

Typical BBQ fare, although this time Mike Joiner, the other half of the, uh, Mike Joiner Band (the acoustic version anyway), came out to wish us farewell. Adam might have been drinking beer all day at this point… 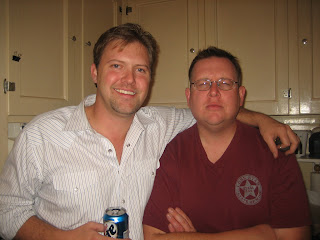 Brian came out from Keller (near Fort Worth) to wish his friend Bon Voyage as well! He is there peering over Mike’s shoulder, taken up in the spot where he has slept several nights! 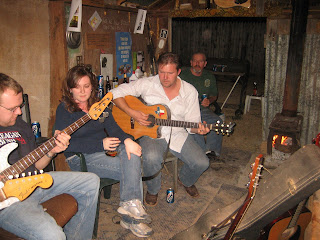 We were very blessed with David Martin (April’s father) coming in from Louisiana and joining in the music. Hey, that’s a sharp 1972 Fender Mustang there David! 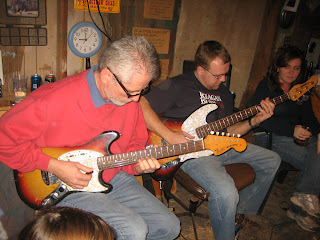 It seems that Behnkes are never satisfied with their musical prowess, so Jess has learned to play guitar and John now plays bass! Well, I guess there needs to be a sub around since Adam has become the world traveller as of late! 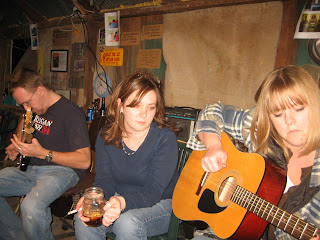