April again cooked Mexican food this evening – this marks the third time she has attempted to make tortillas, and it seems that the third time was the charm! They folded, tasted, and looked like real tortillas! Add to that excellent refried beans, Spanish rice, and “rockamole” (a word John invented when he was three years old-ish for guacamole), and we had ourselves a fine (Tex-)Mexican dinner 10,000 miles away from Texas! 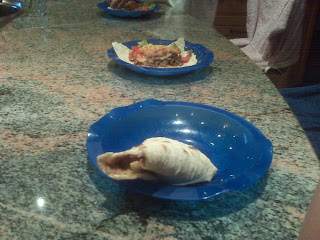 The kids are quite fond of the Paw-Paw (a.k.a. Poor Man’s Banana) juice with their meals. “Paw-Paw” is what they call April’s dad, so everyone has gotten quite a kick out of this. 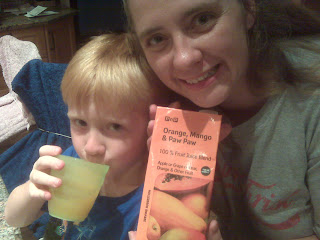 The first time I came to South Africa, I thought I was prepared. After all, I had only a few visa pages left in my passport that were blank, signifying that I was quite the world traveler. Well, Mike and I walked into our hotel room that first night with the intention of charging our phones and laptops, and discovered that the great pains we had gone through to bring electrical adapters and converters and whatnot were for naught. This is what we discovered: 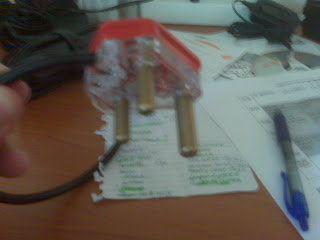 No one outside of South Africa has ever seen plugs like this, I’m sure of it. Many of the devices also use the British-style plug with two prongs, but the vast majority of devices use the strange three prong plug with the enormous ground plug. Just because that’s not specialised enough, there is a variation – the red plug above actually has a flat edge on one side of the ground plug – if one has a power strip with red covers inside the holes, a regular standard plug will not fit. Fun fun fun! 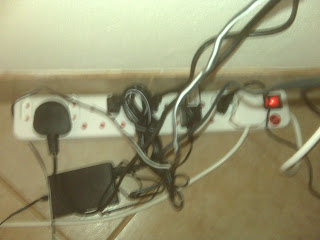 Lastly, since my sister posted pictures of Easter candy on her blog, I thought I’d take a picture of some of the Easter candy we’ve picked up from our trips to the grocery store. Some of it is due to children begging, some of it is me being nice. I also wanted to try the Turkish Delight candies since the kids have been talking about TD since I read them the Lion, the Witch, and the Wardrobe. They hate it. 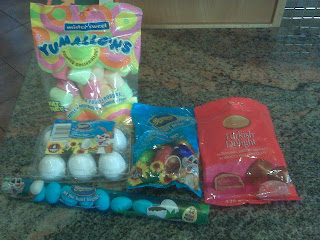