Well, I think we’re going to head to St. Augustine parish in Silverton next Sunday. It’s a German-speaking parish, so I won’t have to listen to constant revisions and folks interpreting Vatican II in a “progressive” manner. Also, I heard Germans like beer and sausage, so I’m hoping that chances for parish parties will be greater there. 😀

After mass at Maria Regina where the priest a) chastised the choir for playing “funeral music” and b) gave an ovation to the “matriarch of the parish” in the middle of mass, after receiving the gifts, we went to the “Mushroom Festival” at the Irene Mall. I was expecting booths with folks selling feta-stuffed fried mushrooms and the like; instead, it was a tent full of folks that are way too rich drinking wine and listening to a lady tell them how to cook mushrooms. Crud. Well, we were at the mall, so we decided to walk around a bit, let the kids play, and get something to eat. By the way, fasting from midnight before attending mass makes one very hungry afterward.

The fountains at the mall are really neat. You’re deluding yourself if you bring kids to this mall and think they won’t come away soaking wet. Mine were no exception (kids don’t have the perception that one must not get one’s shoes wet): 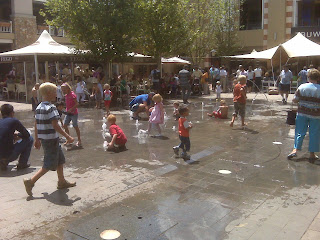 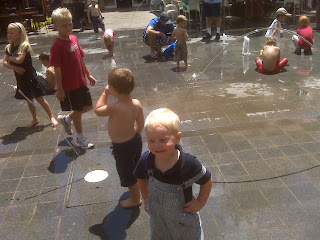 “Old Khaki”, just because it sounds so much like “Old Navy”: 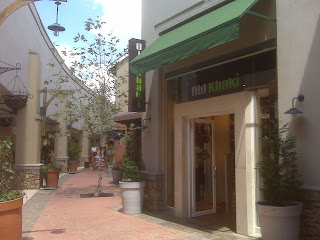 The kids on some weird horse statue: 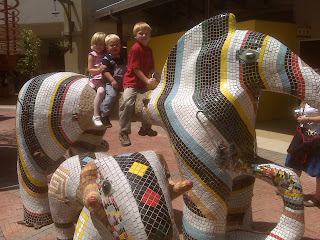 We went to eat at Braza, which serves Portuguese food. For those who don’t know, Mozambique, South Africa’s eastern neighbour, was a Portuguese colony. The food was good but too expensive if you ask me. 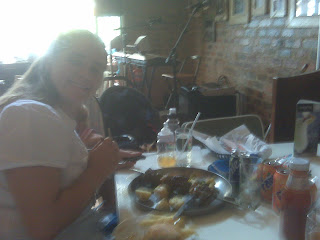 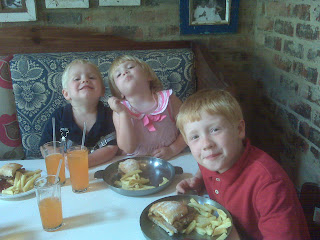 They did have a pretty good Portuguese band however: 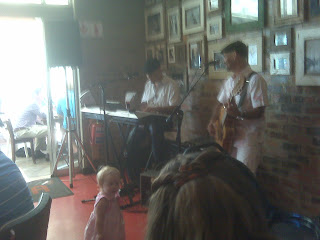 When we got home the kids made messes of themselves playing in the sandbox. They’ve really taken to it as of late: 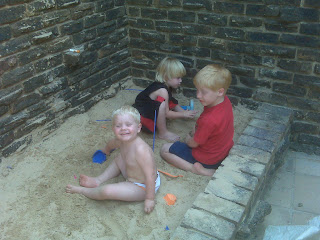