Today we went for a drive all around the entire Cape Penninsula (just about). We first went to a bird sanctuary in Cape Town, which was nice but not really notable. We then took off down the Cape, first stopping at an old dry waterfall which scared most of us to death (the walk there was rocky and steep). Beautiful simplicity! 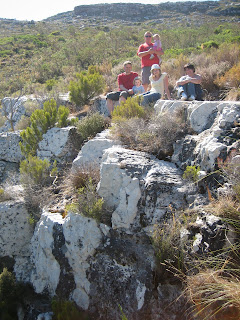 We then drove to Boulder Bay, where hundreds of penguins come to mate and give birth. The German pronunciation of penguin is “pen-goo-een”, hence the title. Much discussion involved whether or not we would drive over here to see the penguins, so it warrants two pictures: 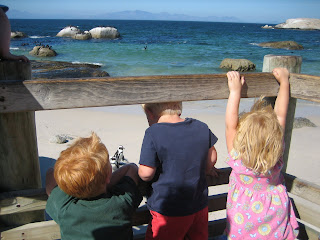 There was a cove area where one could swim in the penguin area. The water was frigid Atlantic water (probably 2 degrees Celcius, about 35 degrees Fahrenheit). Ouch. Didn’t matter to the kids though, especially with “big, huge, giant, T-Rex” boulders around. 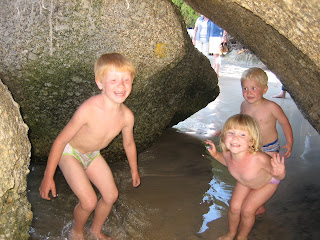 Next we hit the Cape of Good Hope, the southwesternmost point of Africa (and probably the most famous “Cape”). 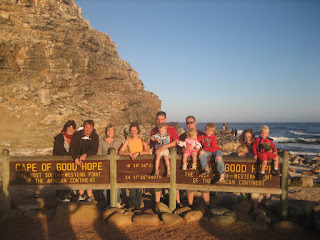 Then we drove back to the hotel down the coast to experience a coastal sunset. Breathtaking. 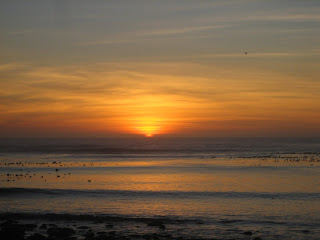