We all attended Easter Sunday mass at St. Mary’s church in Kimberely. You wouldn’t believe how hard it is to find a Catholic Church – half of the Anglican Churches are listed as “Roman Catholic” in the phonebook, and I only found out that they were Anglican after visiting their web sites and noticing the female priests. That said, I finally found the Catholic Church: 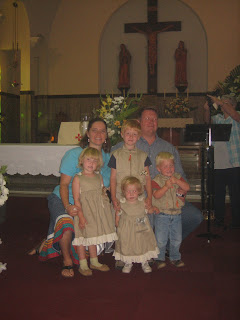 After Mass, we drove to “The Big Hole”. An ongoing joke is that this is probably the most uncreative name anyone could have thought up. I mean seriously, no kidding. It’s a big hole. Why not call it the “Manmade Wonder” or something? 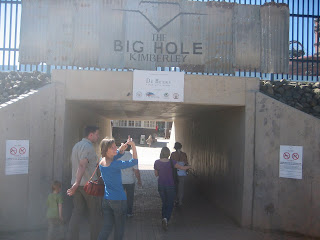 It’s a really big hole, the largest on the planet that was dug entirely by human hands. 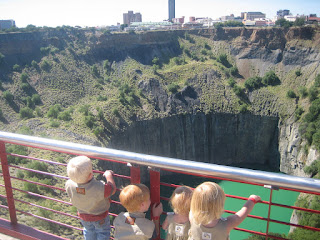 The folks at Kimberely have managed to make the most of this scar in the center of their town, building up a historical village around the hole, complete with rock sorting (to find little fake diamonds that you trade in to get toys and junk food): 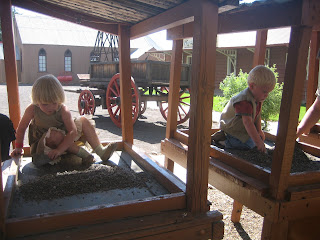 The historical village – the buildings here were either built here or moved here. I believe most were built at this location, as the town was right next to the Big Hole. 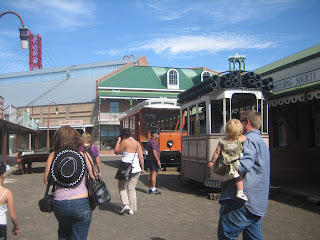 We then made the significant journey back to Joburg and, ultimately, Irene – around six more hours of driving after Kimberely.