Today started beautifully with cinnamon rolls for the kids! April and I didn’t partake, as we’re good Catholics who don’t eat after midnight before Mass. Yes, the gauntlet has been thrown. 😀 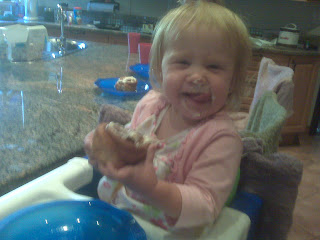 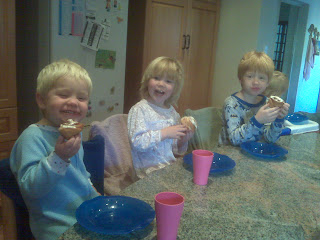 Mass was nice, with the priest making a point of encouraging people to step up as extraordinary ministers of the Eucharist and lectors by distributing communion by himself. HA! I’m considering being a relief minister, but it’s kind of hard since we’re only here for three more months. The kids asked on the way in if they could take a picture on this tree, so here it is: 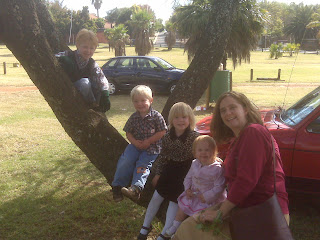 We spent the day at Menlyn Park Mall, where we watched Star Trek, which we highly recommend, ate some kebabs, and watched the kids play in the play area for a good two hours.

Afterwards we took April to her favourite restaurant – Doppio Zero – so she could have the Pollo pizza, which consists of chicken, sweet chili sauce, and coriander (cilantro). I tried the South African version of a Long Island Iced Tea – that was my first and last. Ouch is all I can say. We also had a bottle of Beyerskloof Pinotage 2007 (of course), which, as always, was delicious. 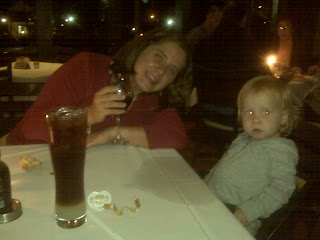 This is the view I got when I walked into the men’s restroom. Thanks Vin. (He’s waiting to be wiped after using the toilet. Nice, huh?) 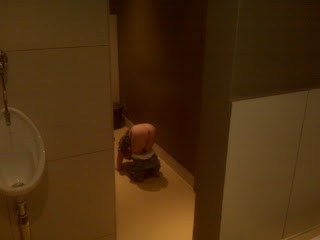 All in all a wonderful Mother’s Day!