Not too much blogging this week – Vincent brought home a stomach bug from somewhere and was pretty sick on Wednesday. It follows that I was feeling queasy the next day, then Sarah got sick on Friday, then Mary and April on Sunday. John is the only one who hasn’t really felt sick.

In any case, Sarah was pretty worn out today since the sickness was festering – so worn out that she fell asleep at the table: 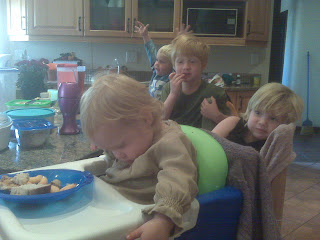 The other kids were worn out as well: 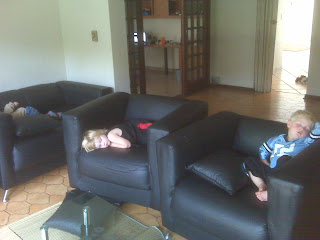 April made some tortillas for a fund raiser at the Irene Library and we dropped them off on the way to get groceries. The two ladies working the fundraiser bought them on the spot and didn’t give anyone else a chance. HA! I waited in the car with the kids and noticed that the (crappy) car next to me was really protected! That’s a “Club” on the steering wheel, and I don’t know if it is visible, but there is another “Club” connected from the bottom of the steering wheel to the brake pedal. Hilarious. Even more hilarious because the car is about 20 years old and is in poor condition. High theft rate for cars of questionable value in South Africa? Guess so… 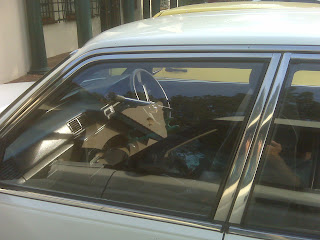 I decided that since we were feeling poorly today, and John wanted to watch Star Wars: Clone Wars at 18h00, we would buy something as a treat at the grocery store and just stay at home for our “night out”.

I took the opportunity to drink my gift from zee Germans – a Hasseroeder Pils Export. This has to be one of my favourite German beers. It was heaven when compared to the beers available here in South Africa, which has been almost completely overtaken by SAB Miller. There’s a reason why SAB bought Miller – their beers are just as crappy. Actually, I would venture to say that SAB bought Miller in order to improve their own beer quality! I’ll drink Miller Lite any day over these other SAB beers (Hansa, Castle, etc.) Even Windhoek is weak and gives me the winds. Bummer.

I got “pizza cones” (see previous post) for the kids, and some Windhoek (Namibia) salami and pastrami for a “mega-Dagwood-sandwich” for April and I to share. 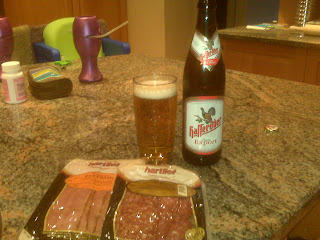 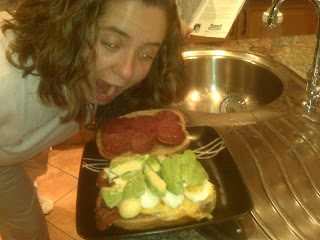 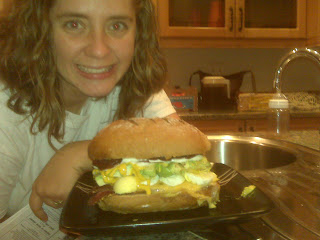 Sarah was sickie, like I said, and therefore very ornery. 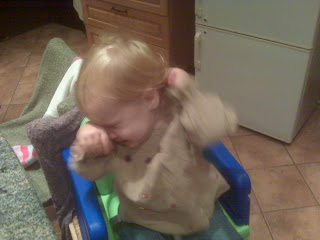 See the look on her face here? Even after I busted out the most expensive bottle of wine I’ve purchased in South Africa! R70! Viljoensdrift RiverGrandeur Pinotage 2006 was my favourite so far – April didn’t like it, as it was very aromatic and heady. Our stainless-steel wine glasses rule. 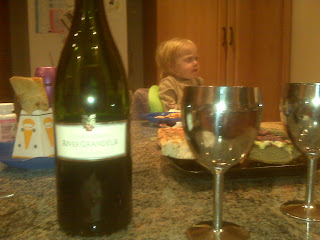