Mike is arriving from Texas tomorrow night, so this was pretty much the last night this week that I had to spend with the family. We started with a bottle of Tall Horse Pinotage 2007, which both April and I liked fine. 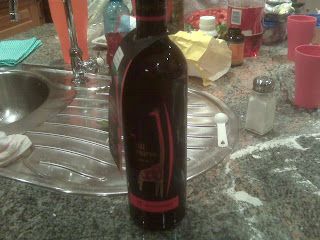 Sarah had fallen and forked her tongue earlier in the day, so she was a bit cranky: 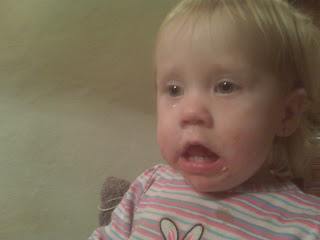 April and the kids were worn out from a weekend of being sick: 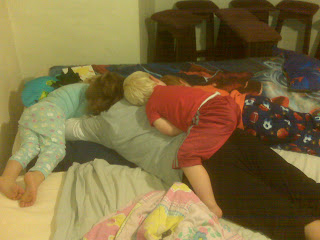 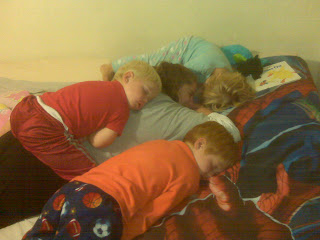 The first bottle of wine was good, so we continued onto #2, a bottle of Goudini Shiraz 2006. I tried to sneak this one past April, but she realized early on that it wasn’t a Pinotage. Oh well – we for sure like mild reds! I purchased this bottle at the Irene Homes fair for R30. Not too shabby! 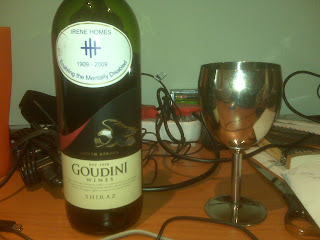