This morning I drove Mike and myself over to the Civil Aviation Administration (CAA) building in Midrand so that he could transfer his American PPL (pilot’s license) to South Africa (not actually transfer – more like get it recognized so he can fly here). After about an hour and a half, all was well, so we loaded up and drove to Lanseria airport west of Joburg.

After a copious amount of paperwork, we were ready for him to take his test with the instructor. We loaded into the junky Cessna 172 and made our way over to Hartbeespoortdam. 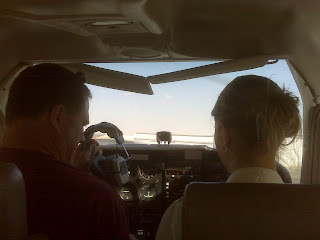 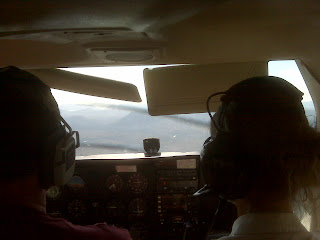 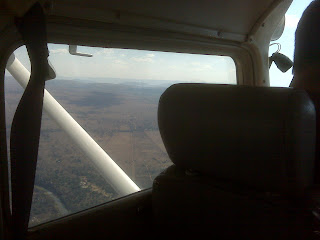 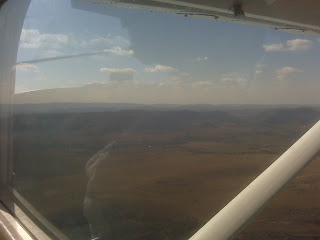 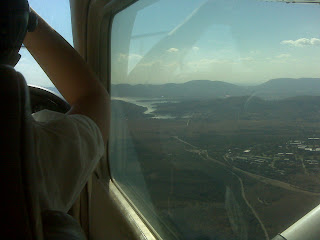 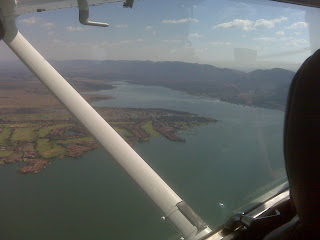 What wasn’t beautiful was that my stomach was still not 100% and he had to do spiral turns and stalls. Yikes. 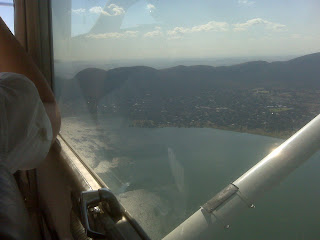 I dropped Mike at the airport and sent him on his way, then make my way back home. After we watched Star Wars: Clone Wars, we loaded up and went to Doppio Zero, which is fast becoming our favourite eatin’ out place. 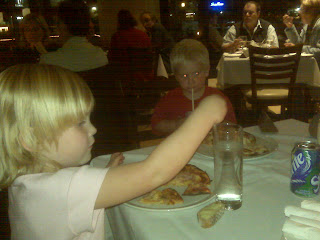 …while John made ham and mushroom. 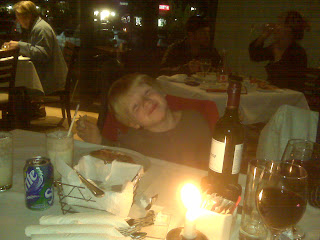 We had hummus and tahini and April’s favourite pizza – the pollo with extra coriander and sweet chili sauce, as well as a bottle of Beyerskloof Pinotage 2007. Yum! 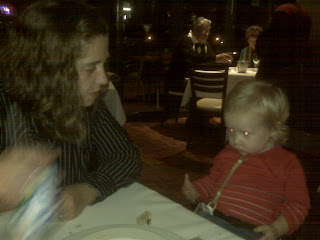