Gordon (Fraaancis’ husband) won some tickets to the Bulls vs Crusaders rugby match today. Turns out he won them by jumping into the fountain up at Vodaworld! Sweet! I was doubly honoured that he invited me after finding that out!

After parking up as close to the field as we could, we began walking. Visions of Texas Tech football tailgating danced in my head. Cars everywhere, tailgates down, grills out, meat cooking, beer bottles laying around, people milling about, country music playing (boermusik) – it was all the same except the music was in Afrikaans rather than English! 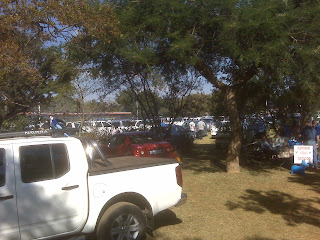 Walking towards the stadium – directly in front of us is a massive Castle biergarten. Wunderbar! (No we didn’t go in.) 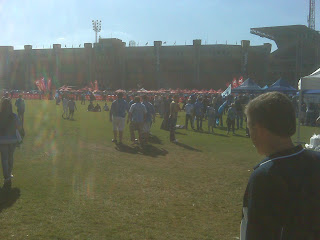 Walking up to our seats on the main level – Pretoria is beautiful! That’s Gordon there on the right, and thousands of people walking into the stadium on the left. 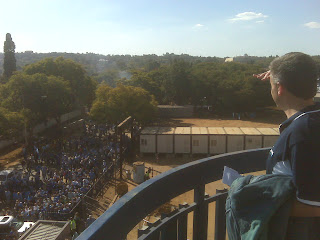 The stadium before filling up with folks. 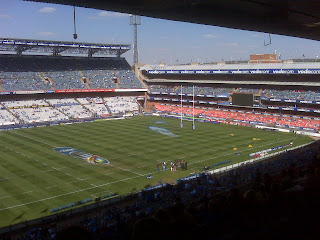 The Bulls were down in the first half 7-20, but came back in the last ten minutes to score 20 points, making it 27-20 at halftime. 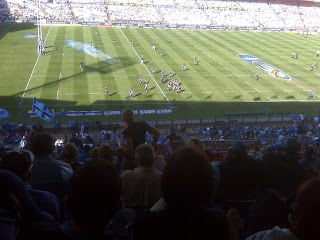 People had ample chances to wave their flags. No horns here (they are banned because white folks get irritated and start fights, so I heard). Interesting note – there were as many black people here as there were white people at the soccer match. I saw two black folks. That’s it. There were some Malays and Kiwis however, rooting for New Zealand (of course). 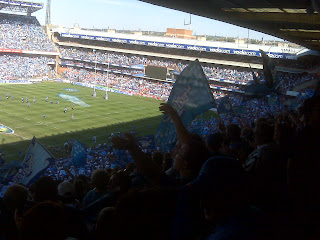 About 70k people I believe. 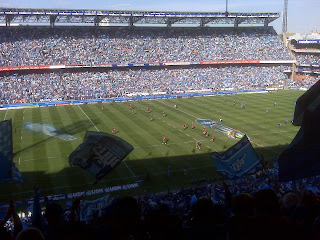 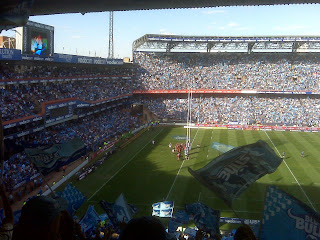 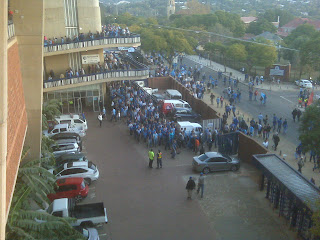 …in time to have a couple Boddington’s Pub Ale. Yummy, and comes in imperial pints (18.6 oz.)! 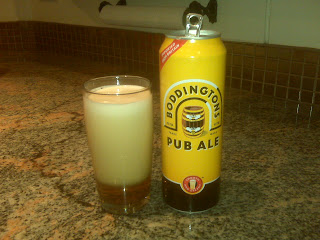