The world knows how awesome Texas is. The only time other states are mentioned is in the names of pizzas – Californian (veggie/avos/etc.) and Hawaiian (pineapple/ham). Here in South Africa the references to Texas are ubiquitous – armadillos (bacon-wrapped pork loin), Texan steaks (enormous 2kg+ marinaded, aged steaks), the list goes on. Here is the latest entry I found at the grocery store today – Texas Sizzling Steak spice (right next to the Zeal)! 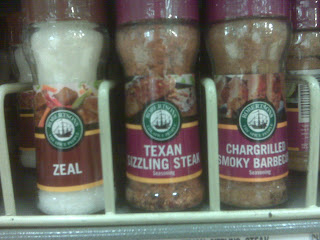 The kids were absolutely worn out – I had taken them to Wimpy’s for lunch and they played on the playground at Centurion Mall quite hard prior to our Pick n’ Pay visit. While they were playing a commotion started and I saw a young, skinny black fellow fleeing from the mall with a group of 15-20 men in pursuit. More joined up and chased the guy for quite a while – I don’t know if he was captured, he was very fast. I saw him with a small red satchel and the word was he had robbed a store. TIA. 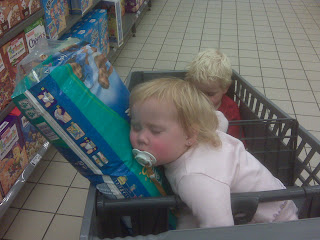 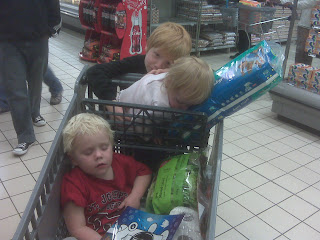 Remember my post about how Coke must have sent over several containers of 2 Litre bottles? I guess they sent more: 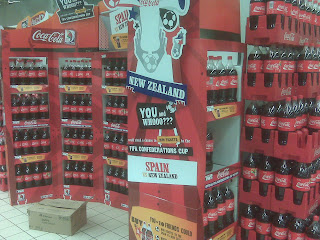 The kid’s Friday treat consisted of pre-prepared frozen dinners. It’s what they wanted, don’t ask me. I was pretty impressed at the hand-written label however! 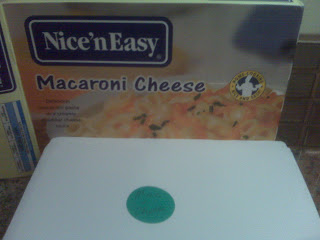 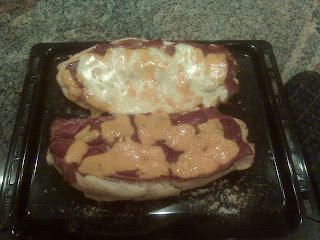 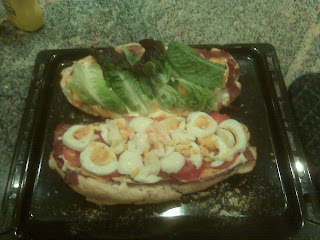 …all with some light Miracle Whip (ha!), mustard, and sweet chili sauce! No we didn’t even come close to finishing it. 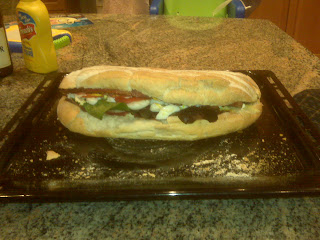 Here is John telling everyone “he knows”. I’m sure of it. Lately that’s his favourite phrase. 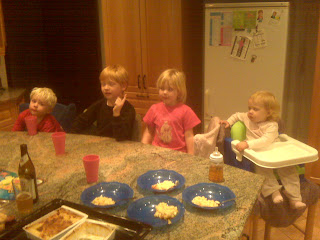 Here’s the second part of daddy’s treat – Paulaner Hefe-Weizen! On the right is creamed spinach, also a frozen dish requested by the kids. Odd, I know. 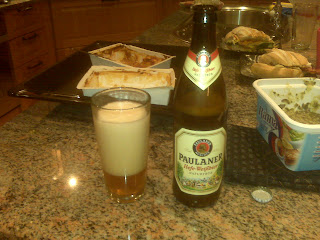