Fridays are typically the day we go grocery shopping – we’ve been doing very well with sticking to our meal plans, so our fridge is emp-ty on Friday morning. I worked in the morning, then loaded everyone up and drove to the Centurion Mall Pick-‘n-Pay. Seems that the children had worn themselves out staying up late and playing hard: 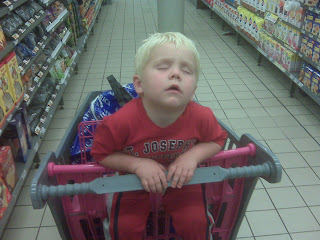 For supper we had frankfurters and viennas (different names for hot dogs). The frankfurters became hilariously large during boiling: 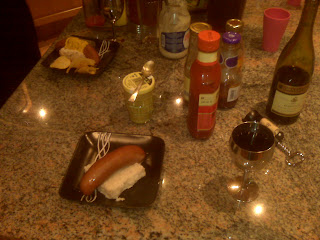 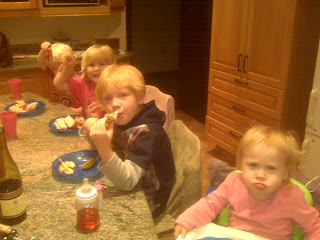 We (I actually, as April didn’t feel like drinking any wine) had a bottle of Zonnenbloem Pinotage 2007. It was OK, nothing out of the ordinary. 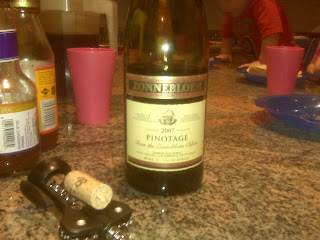