Today was a national holiday in South Africa – Soweto Day – when the students had an uprising against the government after being forced to learn in Afrikaans rather than English or their native tongues. We just hung out – I stayed in bed for a long time.

The kids decided to go open a pack of wet wipes and clean the car however. Expensive car wash! 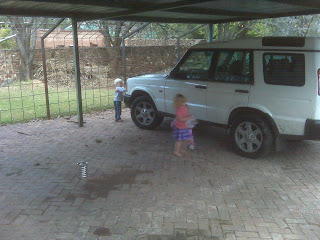 John refuses to sit still for a haircut, so we’ve pretty much given up. I think he’s agreed to a trim to keep his bangs out of his eyes. Until then, he is using Lego track pieces to keep his hair up. 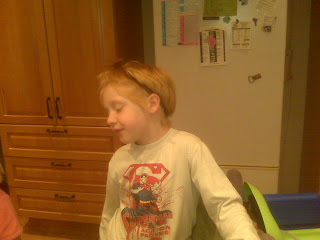 We’re not really that worried about him even though he looks funny, since he is writing love notes to Mikaela: 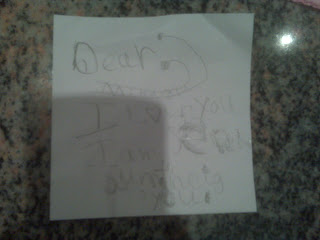 April and I shared a bottle of Beyerskloof Pinotage Reserve 2007. They are justified in charging double the regular price (R80) for this stuff! It was delicious and the different flavours (whatever they are) came through distinctly, even the woodiness! 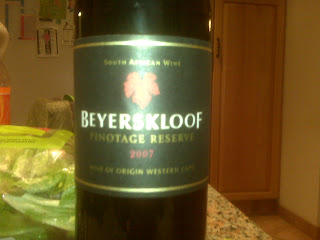