I had invited several colleagues from Vodacom over for some real Texas Chili, and today was the day! I needed to start cooking around 11:30, so I forewent the pancakes and served the kids doughnuts instead. At the grocery store on Friday John approached me and said, “daddy, can we get doughnuts? I know that making pancakes every Saturday must be a lot of work.” How could I resist? It was self-serving on his part but there was some truth to it. In any case, I rewarded him for being clever. 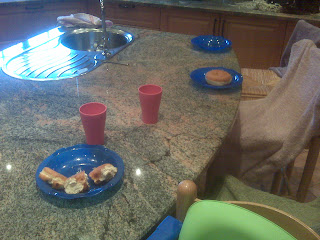 The kids ate the doughnuts and we went to the Irene Market, but there were no camels there this time. We were thinking it must have been to chilly outside – that, or too early in the morning. We let the kids play on the playground, ran a couple errands, and made it back to the house in time to start cooking!

Here is the first batch cooking – the “fake” chili with beans. I made sure to make it mild enough for kids. 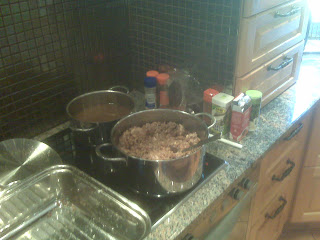 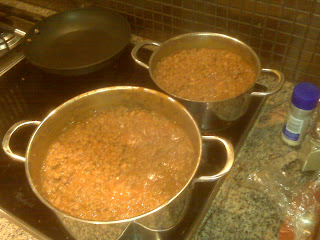 Here’s the spread we presented – chili with beans, “real” chili without beans but with jalapenos, corn bread, Fritos, guacamole, cheese, onions – you name it. It was fantastic. April and I are flexing our cooking muscles here! 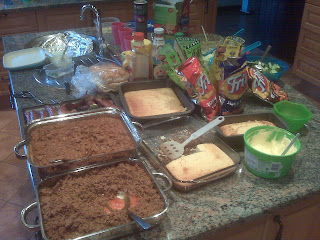