The kids like to come show April or I whenever Sarah does something real cute. She wants her picture taken, so here she is with her ultra-hip pink sunglasses! 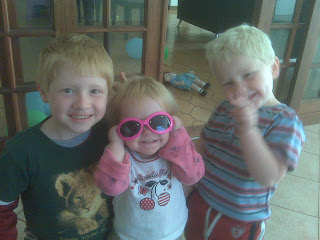 We only have about four weeks left here in South Africa, and next Monday is our 13th anniversary, so April won’t be cooking Mexican food. Therefore, there are only a couple more Mondays left without visitors and with us still here, so this night was significant. April used the corn tortillas my mom had sent over to make enchiladas! It seems that corn tortillas don’t freeze well, though, so some were hard, some broke, but the ones that remained were delish!

Since it was Mexican night, April was still going to make flour tortillas to freeze and give to Lydia and Philemon, and the kids “helped” by making their own tortillas! 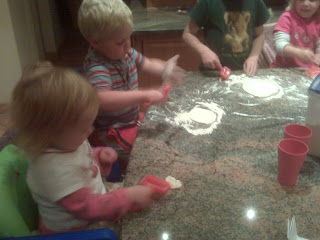 They actually didn’t do a bad job. 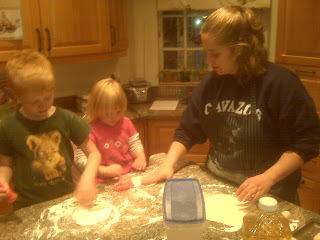 I broke out a bottle of Tall Horse Cabernet 2007. Pretty woody, but definitely a good value! Notice we are trying to branch out of the Pinotage since none is available in Texas? 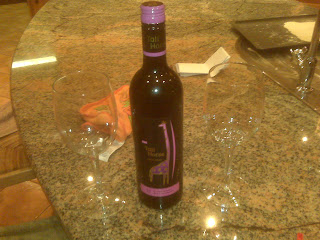 Here are the resultant enchiladas, beans, and Mexican rice. Oh, I didn’t mention that April made her own enchilada sauce as well! It was excellent – just enough spice to make it interesting! 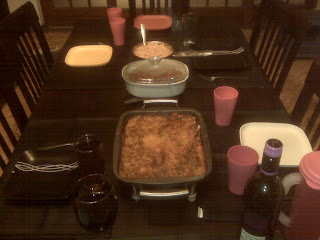