Africa gives one many opportunities to do works of mercy, and it occurred to us back around Lent that we had two people that actually live and work under our roof that could use our help, so we have tried to find opportunities to help them since they won’t actually ask for it unless it’s an emergency.

Phillemon is a perfect example – over the last few months he has been telling us at dinner that he is learning to drive and is going to go take his driver’s exam to get his Learner’s Permit. It seems we were rather thick in our interpretation of what he was actually speaking of – he wants to take his test but doesn’t have the means – it is more of a goal and dream for him. He doesn’t want to be a gardener forever, and having a Code 10 license would allow him to drive lorries (large trucks) and earn more money.

Once we figured this out, my big mouth opened and I told him we would teach him to drive and schedule his driver’s exam (since he also had no idea how to do this either). As always, April gets to reap the fruit of my big mouth – Phillemon got really nervous driving with me (seems I’m intimidating), so I asked April if she wouldn’t mind driving with him, and she obliged (she’s a keeper).

In any case, he’s doing quite well – he even drove her to Lyttleton today, which involves crossing under a highway as well as some busier streets. He will be taking his Learner’s Exam on Friday the 31st! 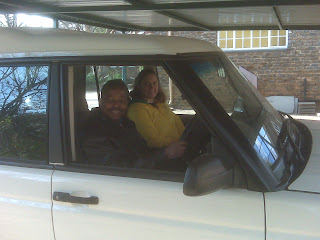 I’m sure everyone has been quite surprised that there haven’t been more pictures of beer on this blog – actually I’m quite surprised as well! To tell the truth, I haven’t drank much beer here because it is just terrible. SAB Miller was a match made in heaven (because almost everything they make is bad), but Miller Lite is actually the best of all SAB Miller brands and they don’t sell it here! When I’ve wanted a beer with dinner rather than wine I’ve had to resort to the very, very limited imported selection such as Guiness, Kilkenny, Beck’s, Paulaner, etc.

Here you can tell that Kilkenny is made by Harp in Ireland, the same company that makes Guiness! 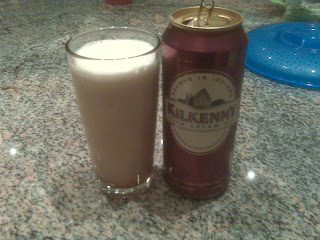 Lastly, Sarah’s new game is to hide in between the fridge and the cupboard until someone says, “where’s Sarah?”, at which point she jumps out and yells and expects everyone to act surprised. Hilarious. 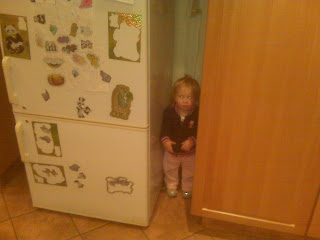