Today we got up early so that we could rush through the Irene Market to pick up a few last things – only one more market until we leave, wow!

The kids, as always, rode a camel. 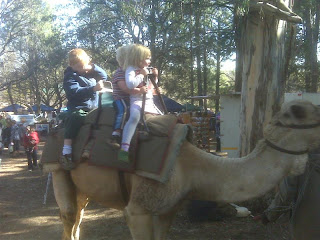 We got home in enough time to welcome Craig, his wife Monica, and their two children Cameron and Kaitlyn to the house. They are probably some of the most pleasant people one will ever meet, really. They brought with them the traditional South African “potjie” pot as well as the food goods to be cooked in said pot.

This is a very traditional South African thing, called a “Potjiekos”. Basically a group of guys stands around a cauldron-style pot drinking beer and cooking a meat stew. The biggest no-no is to stir the stew once it gets going, as everything has a different cooking time and temperature.

First, Craig got some oil hot and cooked some onions. Then he put in the meat ingredient – oxtail. This is actually the first time I had tasted oxtail (it’s good). 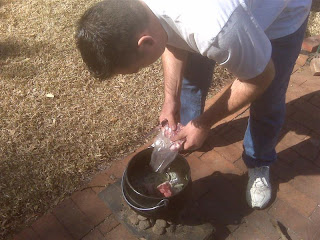 The kids got in on the action of putting the oxtail in as well as stirring it while it precooked. 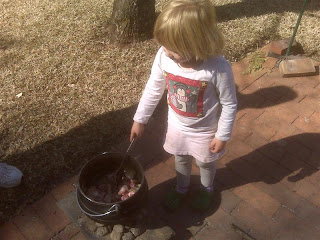 As the oxtail was cooking the kids started saying they were hungry, so we busted out the skewers and the cheese grillers. The started cooking them over the coals, but that didn’t work out so well, so we eventually got out the grate (although they left the grillers on the skewers still). 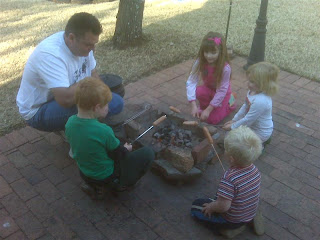 The kids had a blast cooking their own food! 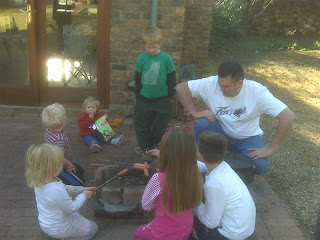 Here we have a couple of visitors – Gareth and Cara (she didn’t stay for the food, she just stopped by to say ‘hi’). Gareth, however, stayed the whole night! 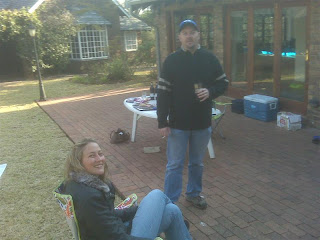 Here we have Craig adding in the little corn cob things (they get mushy if they cook too long). He has already added in the potatoes, baby marrows (zucchini), butternut squash, and little yellow squash things that look like small bells. 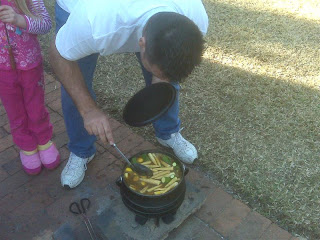 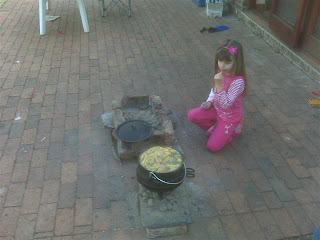 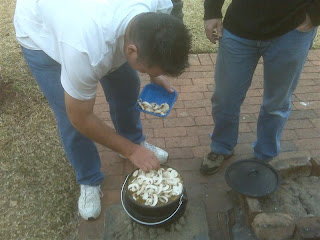 While and after eating it was beginning to get chilly, so we started a bonfire. Plus, the kids wanted to roast marshmallows. 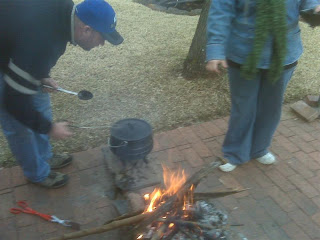 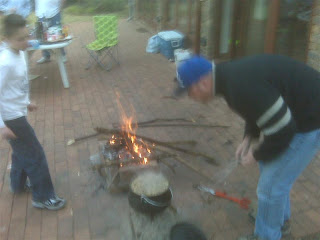 It was very delicious and we sure appreciate all our new South African friends for coming over and sharing some tradition with us! I gotta get me one of them pots so’s I can cook chili! 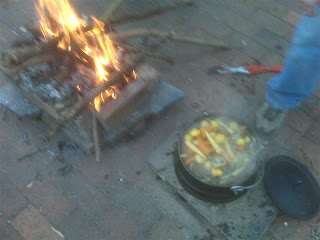