Today is April and my thirteenth wedding anniversary! Wow, I can’t believe it’s been thirteen years already (actually 16.5 in all). Crazy. For this occasion, we went to Montecasino to eat at Coco Bongo Latin restaurant. We went to the casino because they have a “Bambino” area that will watch kids for three hours for around R340 – cheaper than a babysitter believe it or not!

Here is my beautiful wife! Doesn’t she look nice? 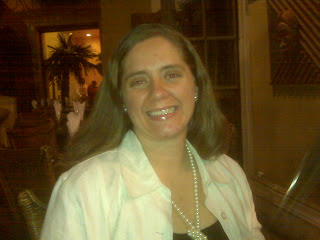 Here is Graham Beck’s Railroad Red 2007. It was very woody but good (it was a blend). 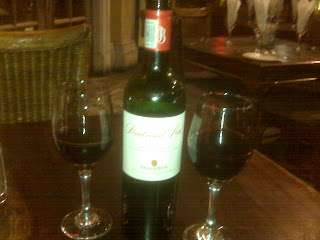 And here is April’s dish – fillet of beef on a skewer! Isn’t that cool? 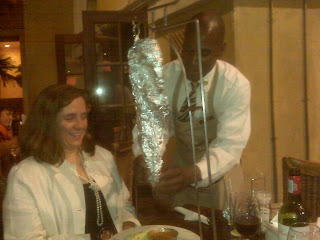 Afterwards April and I went and played some blackjack. We walked away dead even thanks to April’s excellent keeping-track-ability. Was fun, free entertainment, as the dealer was coaching us and was very personable, as were the four South Africans sitting at the table. All in all a very nice night!