Happy Independence Day everyone! We keep our freedom fighters, past and present, in our hearts, minds, and prayers today (especially my cousin in Iraq).

To answer everyone’s burning question – yes, there is a July 4th in South Africa! 😉

However, since no one celebrates it as a special day, we did some celebrating of our own by taking the kids to go see Ice Age 3 in Real3D. It was sweet. We did this at Menlyn Park Mall, one of the largest malls we’ve ever seen – here are the escalators in the main central area of the mall: 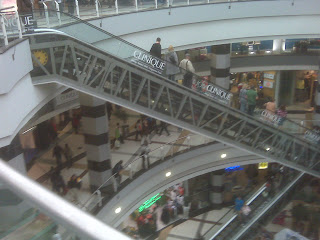 It is so tall it makes one’s legs shaky: 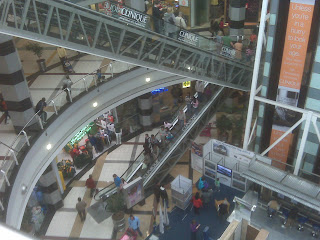 We then found a video arcade we’d never seen before whilst scoping out places to eat. We played zero games, much to the chagrin of the children. This is where we will celebrate Mary’s birthday now though. The full-size bowling area is lit with blacklights all day, every day. Neato! 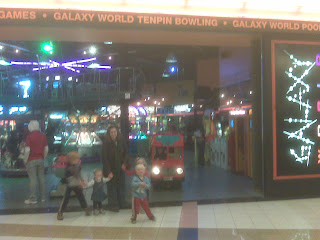 April was looking for a scarf so that she can learn to do some kind of traditional African head covering, so I kept the kids outside the store to look cute for the passers-by. 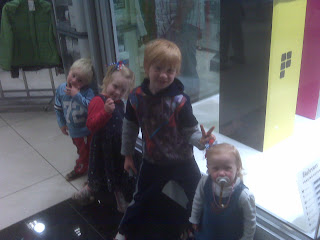 We encountered a couple of creepy animal mascot types when walking through the mall. I don’t think that fellow on the right intended to be in my photo, but it was BUSY so he was kind of shoved in… 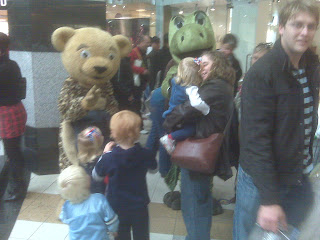 For supper I wanted to take the family somewhere we’d never been. What better place than something called Cantina Tequila?!? Tex-Mex on the 4th of July – second best to having BBQ.

The nearest (and only) one was in Randburg, close to Joburg, around 40km away from home. We arrived at 6 p.m. and there were still chairs on the tables, and the place is totally a bar, not a restaurant, but we had driven quite a way and the folks there were very accomodating, so we went ahead and got a table. 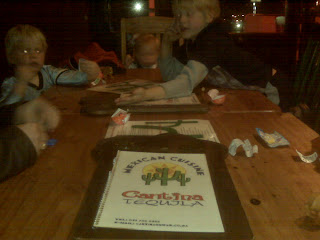 Bars don’t have baby chairs, so Sarah got to sit between April and I with a loooong cocktail-type drinking straw. 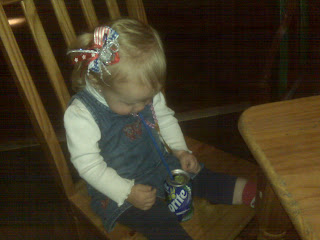 We ordered nachos as an appetizer, and they were actually pretty darn good. And yes, that is guac sitting in the middle of them. Not sure I like the idea of spending R35 for 6-8 nachos, however. 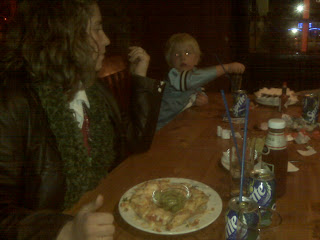 April ordered chimichangas, which were pretty good, and I had a fajita combo. The tortillas were Old El Paso style – tough and tasteless, unlike April’s which are good. The beef was…well, let’s just say that I gave a piece to John and he asked if it was beef jerky. Almost all South African beef is very, very tough. In fact, you can’t buy it fresh unless it is for stew meat – it is almost always tenderized through a machine, cut paper thin, or marinated in a vacuum bag for a month or so (for thick cuts).

That being said, the chicken fajitas were probably some of the most tasty I’ve ever had, as were the veggies. Overall it was quite excellent considering I’ve not seen one Mexican in this country. The big mama doing the cooking looked the part though! 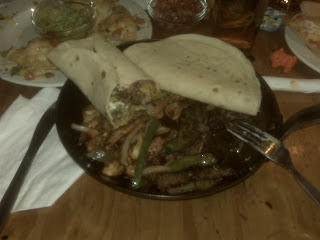 For a sort of post-aperitif, I ordered a Soweto Toilet drink for April and myself. Banana liquer, cream, and chocolate looks nasty but tastes great! I figured that not many people can say that they’ve had a Soweto Toilet a stone’s throw away from Soweto! All in all, it was a wonderful Fourth of July! God Bless America, and especially Texas – we can’t wait to get back! 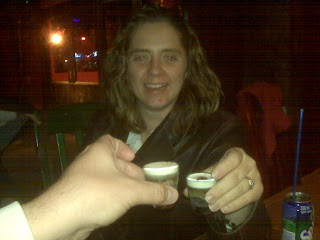